We are committed to helping you.


This is not a conventional doctor’s office. Instead of doing things the typical way, we’ve created a membership-based practice thoughtfully designed around your needs. From reduced wait times and longer appointments with compassionate healthcare providers (either in person or via remote medicine), we work hard to make treatment faster, easier, and more effective. 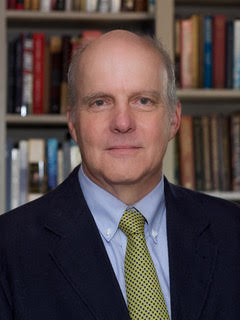 Dr. Hansen is a neurologist who has been specializing in pain management for thirty years.  He received his medical degree from George Washington University and did his neurology training at the Mayo Clinic where he also did a a fellowship in neurophysiology.  He then went to Johns Hopkins Hospital for another fellowship in critical care medicine and neurology.  After finishing his naval service at Portsmouth Naval Hospital, he stayed in the Tidewater area as a full time faculty member of the Department of Neurology at Eastern Virginia Medical School.

While in the Navy, Dr. Hansen served as the Medical Officer on the USS Virginia, just after finishing his medicine internship at Bethesda Naval Hospital in Washington D.C.  He completed his naval service as staff neurologist and director of the intensive care unit at Portsmouth Naval Hospital.  Instead of returning to Baltimore, he accepted a faculty position at EVMS before leaving to start a private practice neurology group, Southeastern Neurology.  He was introduced to pain management by serving as assistant medical director and then as medical director for Tidewaters only in-patient pain unit at Maryview Hospital.  As a result of caring for these patients, the practice became increasing focused on the treatment of chronic pain and made a full commitment to pain treatment by becoming Southeastern Pain Management Group in 1998, and then the Center of Pain Management in 2001.  An affiliation with Bon Secours occurred in 2010, and Dr. Hansen left Bon Secours in 2014 to start a new practice.  Other providers have since  joined the group, the Center for Complex Pain Care, which is still focused on providing the best possible care to patients with difficult pain disorders.

Dr. Hansen’s undergraduate education was at the University of Utah where he was an English major.  He is board certified by the American Board of Psychiatry and Neurology and has had NBMS subspecialty board certifications in Clinical Neurophysiology and in Pain Medicine.  For several months each spring, he takes a second position as women’s varsity rowing coach at Norfolk Academy. 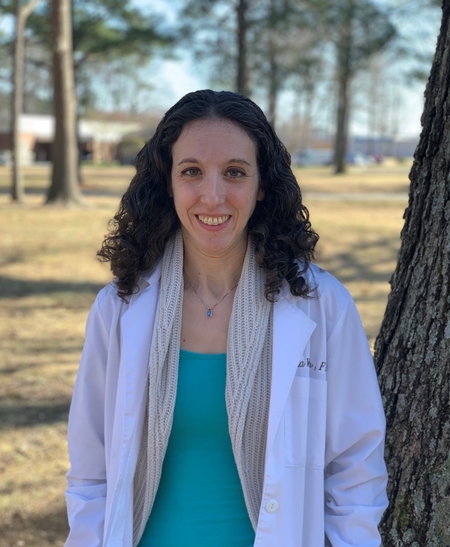 Lisa began her nursing career in 2007 after completing her Bachelors’ of Science from George Mason University. Shortly after graduation, she began working in Labor and Delivery at Alexandria Hospital, and then transferred to Mother/Baby (postpartum) at Fairfax Hospital, where she spent four years. While there, she began George Mason’s Masters’ of Science in Nursing Program (MSN) which she completed in 2012. After graduation, she moved back to the Tidewater area.

After obtaining board certification as a Family nurse practitioner, she got her start working at a medical spa, and shortly after, landed a full time position working with Dr. Hansen at Bon Secours’ Center for Pain Management. When the practice consolidated, she accepted a position at Bon Secours’ Greenbrier Medical Associates doing primary care, and also home health/hospice. She and Dr. Hansen reconnected in 2015, and she joined him again shortly after (March 2016).

She loves the challenges that doing pain management brings, and also the rewards. She loves being able to spend time connecting with her patients and building relationships. She went into nursing to help others, and believes that the foundation of nursing as well as medicine is trust, patient autonomy, compassion, empathy, and engaging. She loves learning new things and bringing knowledge into the room with a patient. When not in the office, you will find her at the gym doing spin class, traveling, spending time outdoors, and with family and friends. 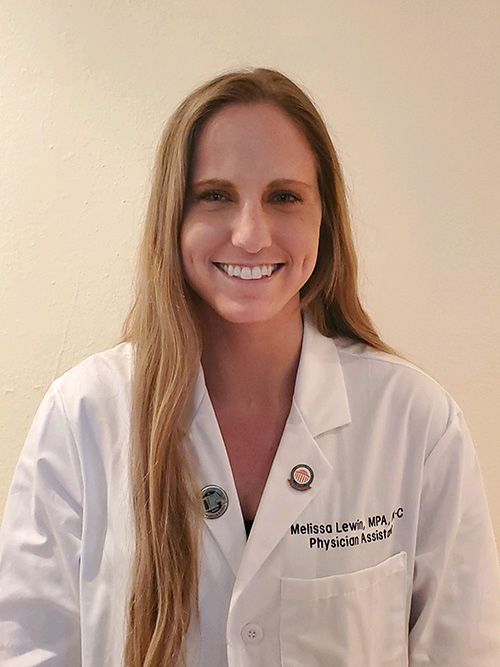 Melissa Lewin is a Physician Assistant who is excited to partner with Dr. Hansen’s practice to provide compassionate care for our patient community, and to support our patients through their partnership with our providers.

Outside of the office, she enjoys spending time in the outdoors, including rock climbing, hiking, and biking.

She believes in building relationships with her patients in order to best support and educate them, so that they can feel confident in their care. She is proud to be a part of Dr. Hansen’s practice and is grateful to be a part of this community. 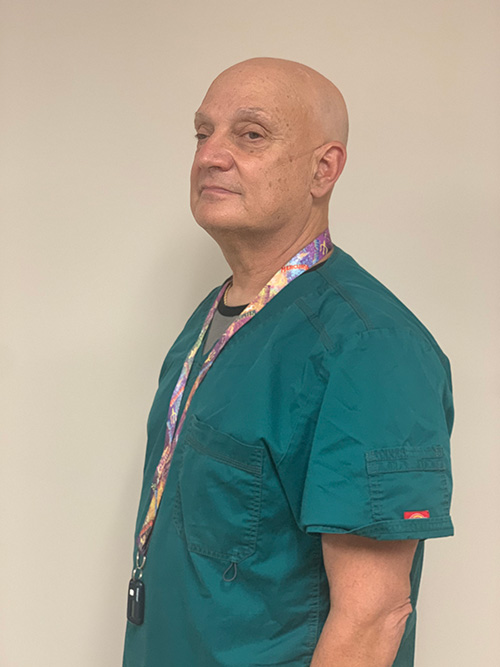 After his neurology training, he went into neurology private practice in Patchogue, New York, developing in interest in pain medicine. He moved to Virginia in 2003, working with the Center for Pain Management, and in 2017 joined the team at the Center for Complex Pain Care. Dr. Holzer is affiliated with a number of organizations involved in pain care, including the American Pain Society, the International Association for the Study of Pain and the American Academy of Pain Management. He also serves on the editorial board of The Journal of the American Academy of Pain Management.

Outside of medicine, he is actively involved in his youngest daughter’s equestrian pursuits in the Hunter/Jumper circuit. He also enjoys his own non-competitive trail riding. 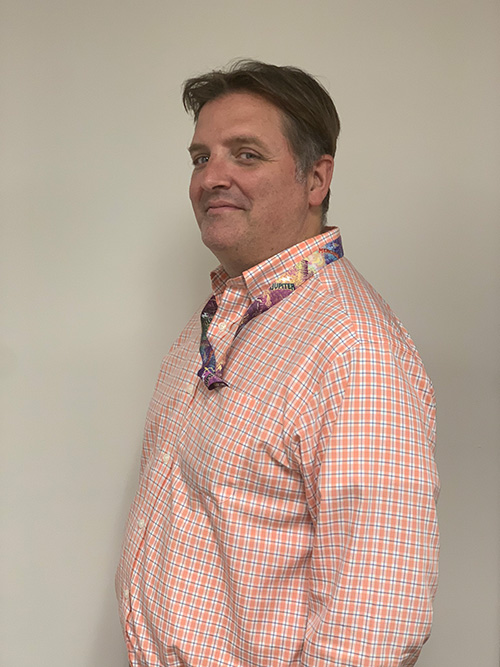 Joe began his career in Nursing thirteen years ago, after years working for the Federal Government and later teaching Computer Science at Gonzaga College High School, in Washington D.C. He graduated from Wheeling Jesuit University in 1998 with a degree in History and returned for a second Bachelor’s degree, this time in nursing, finishing in 2007. During his Nursing career, specializing in Critical Care, he worked in hospitals including INOVA Alexandria Hospital and Sentara Virginia Beach General, serving in the Stepdown, ICU & CCU units and Emergency Departments.

He returned to school to earn a Master of Science degree in Nursing from Walden University and received Board Certification as a Nurse Practitioner in 2019. Late that year, Joe was thrilled to become one of the providers at the Center for Complex Pain Care. As a lifelong learner, he strives to apply the latest information and treatments regarding pain management to help his patients find their optimal comfort level. He has thoroughly enjoyed being able to make a difference in his patient’s lives, striving to give them tools to live their best possible lives.

When he is not working, you can find Joe running races, reading novels and spending time with his wife and son. 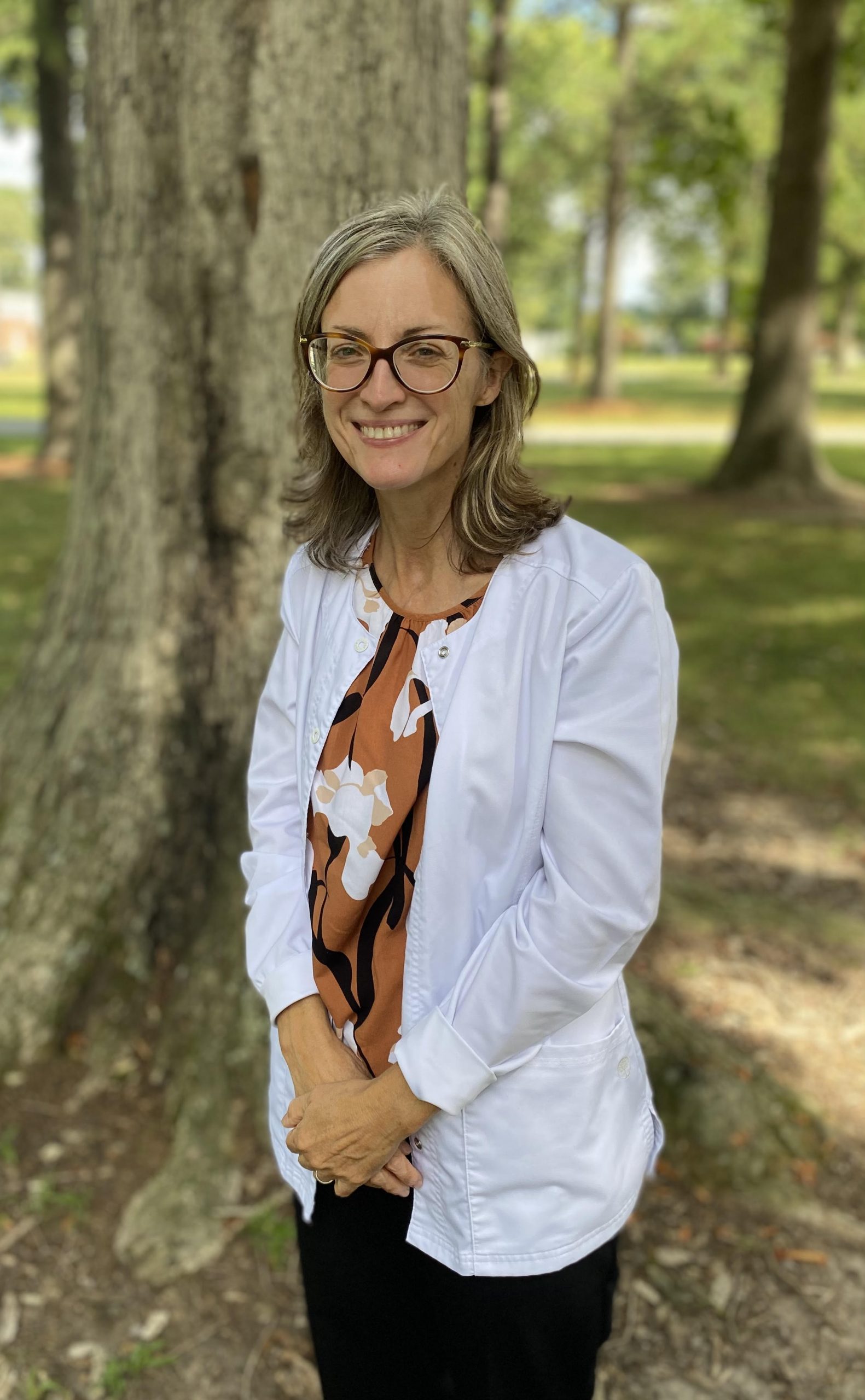 Jennifer Morfeld is a board-certified Family Nurse Practitioner. A native of Portsmouth, VA, she grew up watching her grandfather, Dr. B.L. Hargrove, care for the community as a family physician. She received her initial college education at Old Dominion University, in Norfolk, VA, with a B.S. in Sports Management. This took her to New York City where she was an Exercise Physiologist for a corporate fitness company that specialized in employee fitness. In time she returned to Virginia and continued her education at her alma mater and received a graduate degree in Exercise Science and Wellness in 1993. At the completion of that program, she was an Exercise Physiologist in the Cardiac Rehabilitation inpatient and outpatient departments at Sentara Norfolk General Hospital from 1993-1997.

After spending time at home raising three children and living overseas for almost 5 years, she returned to school at Sentara College of Health Sciences in Chesapeake, VA, and received her diploma in Nursing in 2009. She spent the next 12 years working as a bedside nurse in Sentara Hospitals’ intermediate care, ICU, CCU, hospice, and cardiac telemetry departments. She continued her nursing education with acquiring her BSN in 2015 at Sentara College of Health Sciences, and then went on to complete her MSN-Family Nurse Practitioner degree with honors, from South University in Va. Beach.

Jennifer is a member of the American Academy of Nurse Practitioners (AANP), the Virginia Council of Nurse Practitioners (VCNP) Tidewater Region, Sigma Theta Tau International Honor Society of Nursing (Phi Kappa Chapter), and the American Academy of Neurology. She is both honored and proud to be part of the team at Center for Complex Pain Care since 2021.

Thank you so much!